DESDEO is an open source software framework for interactive multiobjective optimization methods. It contains both scalarization based and evolutionary methods.

The framework is meant for both simulation-based and data-driven problems. It contains different surrogate models and is currently being extended for various data-driven problems including uncertainty considerations. Among others, machine learning tools are utilized in different phases of solution processes. In addition, elements of graphical user interfaces and visualizations are under construction.

The framework is divided into modular packages, implemented in python, with well-defined purposes. The modularity makes it easier to add new methods, while ensuring cross-compatibility between methods.

The packages currently under development within the DESDEO framework are:

Any of these packages can be installed using poetry or pip:
pip install <package name>
or
poetry install <pacakge name> 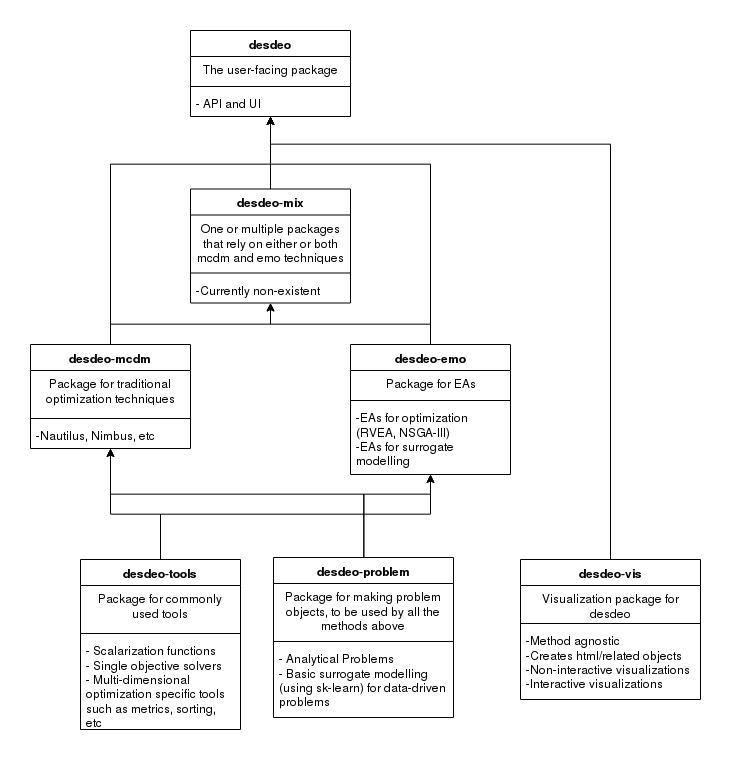 The modular structure of the DESDEO framework.

The old version of DESDEO, which is no longer maintained, can be found here alongside with its documentation